The VRG family belongs to ESBE’s family of rotary valves. Together, they regulate the heating comfort of millions of homes across Europe. » Learn more about the patented ESBE valve series VRG130

ESBE series VRG130 is a versatile rotary mixing valve. Since 2007, the valve has helped property owners to both mix and regulate the temperature in heating and cooling installations. The patented solutions ensure that the valve delivers at the highest level in terms of performance and efficiency.

The versatility of the VRG130 series takes several forms, but one example is that in addition to the task as a mixing / diverting valve, the VRG130 can be used to protect solid fuel boilers. If the mixing valve is mounted on the return pipe to the boiler, the valve ensures that the return temperature is high so that the boiler does not “sweat”, which can cause condensation with the consequence that the boiler begins to rust.

Another example is the properties of a diverting valve. Simply put , this means that one moment the valve delivers heat to radiators, while the next it ensures that heat is supplied to the water heater.

In summary, it can be stated that the ESBE series VRG130 is a valve that can be used in different applications and for different areas of use. Flexible and convenient, especially for the installer who does not have to bring a variety of products with him. Instead of keeping track of a variety of products and their properties, it is enough for the installer to learn about the ESBE series VRG130.

The mixing valve series VRG130 is advantageously used together with the actuator series ARA600. The actuator is as versatile as the valve and offers several different control signal choices – 3-point, 2-point and proportional. Together, VRG and ARA form a successful duet that makes it easy for the installer and the property owner. 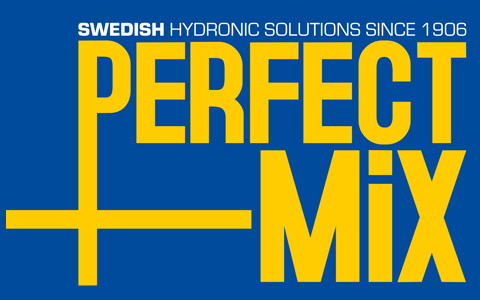