JOIN ESBE AT THE AWARD CEREMONY!

What happens when a company is awarded Sweden’s Best Managed Companies? We offer a sneak peek. See photos and video from the Sweden’s BMC evening »

Twenty expectant companies. Gala. Cooled sparkling wine, dressed up and expectant people. Pure joy and pride personified on stage. It’s always great to be awarded. For ESBE, especially awesome because it was the third year in a row that we were awarded Sweden’s Best Managed Companies. To further enhance the mood of success, we received a picture from Times Square in New York. ESBE’s logo decorates the Nasdaq tower together with other successful Swedish Best Managed Companies! In other words, success in export. 💙❤️ 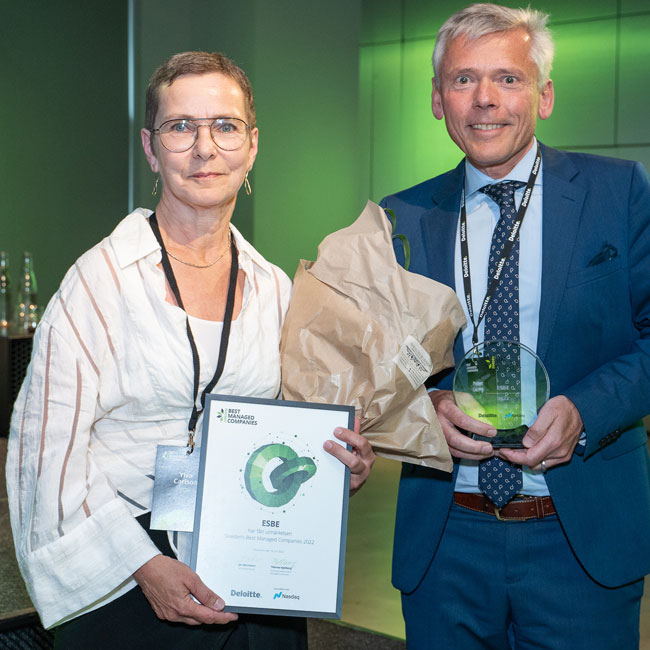 ESBE awarded for the third year
in a row! 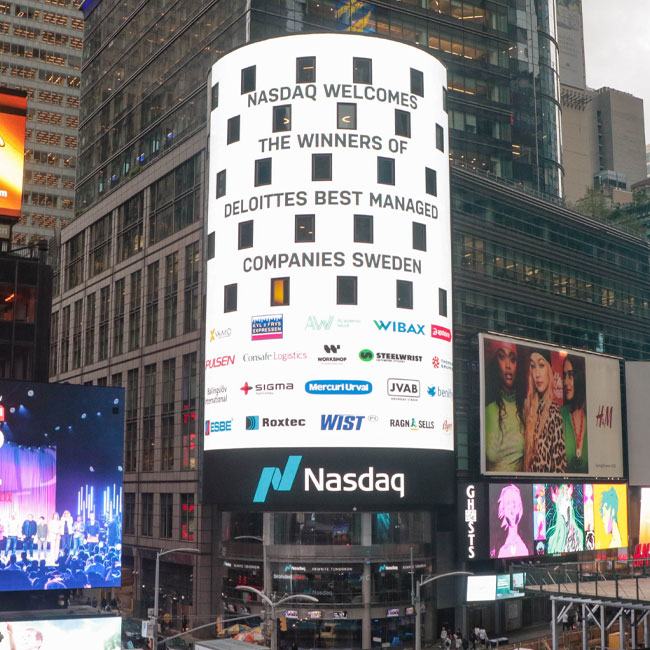 Gala photos: Vincent De La Rosée
Thanks to Nasdaq for the nice picture on the Nasdaq tower

Have a look when ESBE was awarded

The TV personality and presenter Kattis Ahlström asked what tricks we at ESBE use because we have been awarded three years in a row, we became humble and quiet. When asked the follow-up question about what the HR department has done, the answer came quickly from HR manager Ylva Carlsson.
“Employed colleagues! A great deal. If a company is doing well, more resources are also needed.”

The fact remains, however. At the time of writing, ESBE needs to recruit more expertise. Maybe you or someone you know is our next colleague? 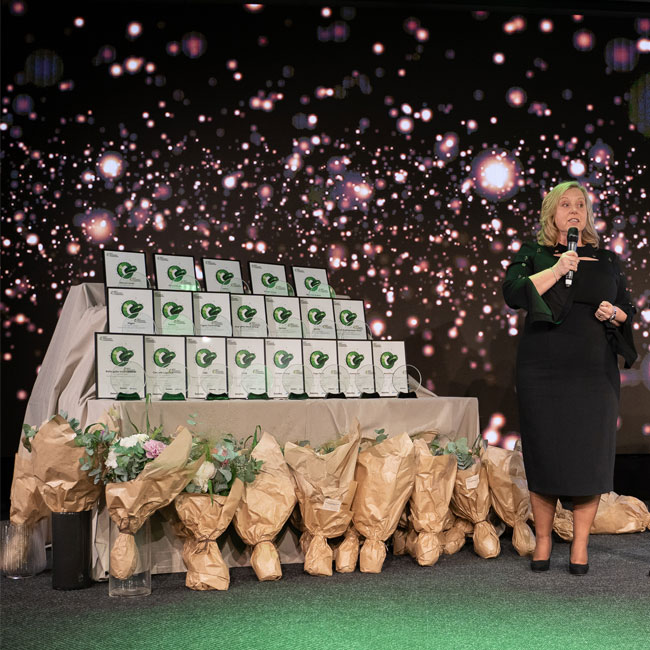 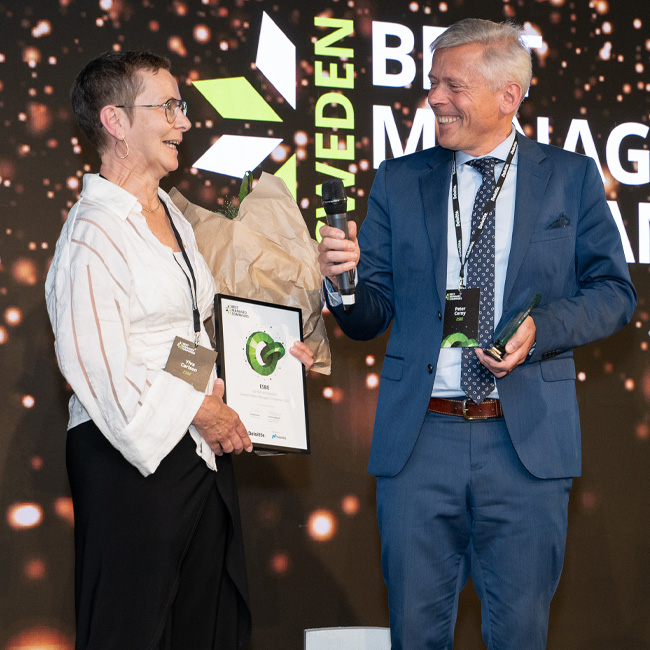 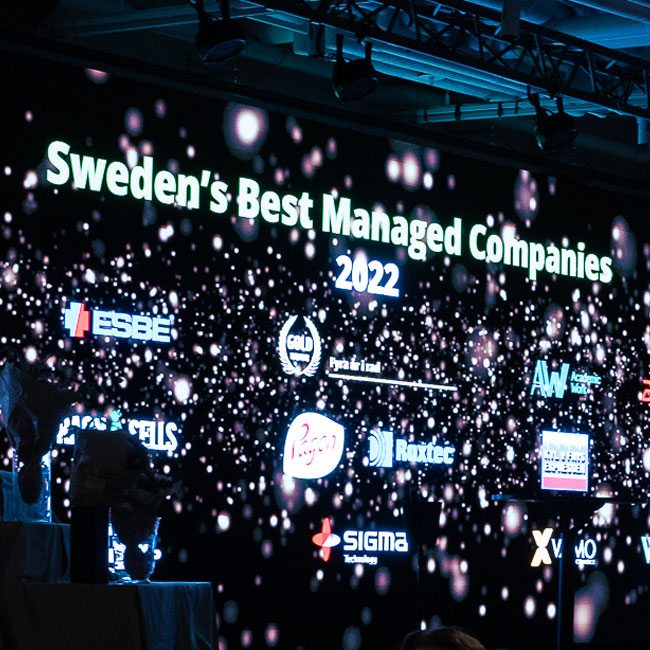